It is a little-discussed matter; especially in sustainability and resource management spheres, but the increasing amount of plastic in the world’s oceans should worry everybody. Worry everybody because of the inescapable connection between marine life and humans. Humans depend on marine resources to survive and if such resources are polluted, then the global human health will be in disarray. To put this in a clear perspective, I am approaching this discussion from the human point of view. Over the last few decades, humans have dumped tons upon tons of plastics and plastic related materials in the oceans and seas both knowingly and unknowingly. In turn, the oceans and seas are experiencing a very high rate of pollution than ever before. Consequently, fish and wildlife are increasingly becoming intoxicated. Even more unfortunate, the pollutants from the plastic components have found their way into the food chain hence threatening human health. Among the most polluted places in the ocean where massive amounts of plastic are deposited; actually, the mass of plastics exceeds that of plankton by almost six times (Society, 2017). Such evidence is so conspicuous that leaves the concern over ocean pollution undeniable.

There are three main “garbage patches” known; the Great Pacific Garbage Patch, Garbage patches in Indian and Atlantic Ocean. The Pacific patch is located in the central North Pacific Ocean and is approximated to be larger than the state of Texas. A patch is identified for containing a higher amount of plastic compared to the surrounding oceans. The plastics are pushed and transported in oceans through currents and converge where these currents meet. This results in huge plastic/ garbage patches; the Sea Education Society scientists have estimated the ocean to contain nearly 580,000 pieces of plastic per kilometer square.

The sources of these plastics in the ocean are diverse and variable. Nearly 20% of the trash is estimated to come from ships and other offshore platforms. The rest arrive in the ocean by being blown into the sea, picked up by tides at shores, or through intentional garbage dumping directly into the ocean. These plastics break up into smaller pieces which are then consumed by fish and other marine animals/organisms. More than 100,000 sea turtles are getting killed every year through ingestion and entanglement. Even worse, the chemicals in the plastics are released directly into the water and bodies of these organisms as well as the atmosphere, further making the ocean deadly.

The entire assortment of plastics gets into the ocean differently. When components such as Styrofoam breaks into smaller parts, the sub-components sink lower in the ocean making the pollutant to spread through the sea column. A more daunting effect discovered recently is the tendency of these micro plastics to act as sponges and thus soak up toxins from other sources before they enter the ocean. Humans get the contamination through consumption of seafood and there are numerous ways that plastic pose danger to humans. The direct toxicity comes from plastics and also from metals such as lead, mercury, and cadmium. These are the toxins which are found in the majority of the fishes caught and tested (Ocean Conservancy, 2017). Components such as Diethylhexyl phthalate in plastics are very toxic carcinogens and disastrous for the human health.

Scientists fear that chemicals in plastics could cause poisoning, genetic disruption in marine life and humans as well as infertility. “The presence of micro plastic in foodstuffs could potentially increase direct exposure of plastic-associated chemicals to humans and may present an attributable risk to human health,” the UN report, called Frontiers, stated. As a matter of scientific probe, people could be breathing in plastic micro-particles suspended in the air and this could lead to noxious effect on lungs in similar fashion of car fumes.

Studies have pointed to the fact that humans are the drivers of this absurd menace. About 80% of debris in the Great Pacific Garbage Patch comes from the land-based activities in North America and Asia (Foster, 2017). The remaining 20% comes from the boaters, large cargo ships, offshore oil rigs, and other ocean vessels. This means that humans are largely to blame for the predicament we face from these destructive events and processes. Until today, there are very minimal efforts to clean the ocean and get rid of this trash. Underdeveloped projects and efforts have been visible by the Ocean Cleanup. They deployed a 100-m long prototype which failed after two months and it costs around 2 million euros. For an unknown reason, it collected zero pieces of plastic… There seems to be a lot of money being pumped into vague projects yet the ocean is filling up with plastics and humans continue to consume, unaware, micro-plastics every time they eat seafood. On the flipside, albeit, there are vibrant groups such as the Ocean Conservancy which harnesses the power of the people to fight ocean trash. They utilize volunteers from across the world that turn up on certain days to clean the shore and beaches. As such, the chapter organizations have been able to collect millions of tons of trash and this continues even today as preventive effort.

Because most of the patches are far deep into the ocean, there are no nations which are willing to take up the responsibility of cleaning; a sad fact indeed. Cleaning up marine debris is not an easy task as it may sound from many professionals. This is because the micro-plastics are of the same size or even smaller than sea animals and thus the nets designed to scoop up trash would equally catch sea creatures. Even with all these eventualities, a ray of hope is provided through the unmentioned efforts and activities in this regard such as the work done by Ocean Conservancy and other NGOs initiatives. I think an international treaty that will apportion responsibility is necessary. 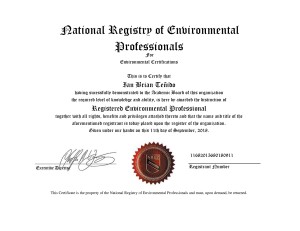